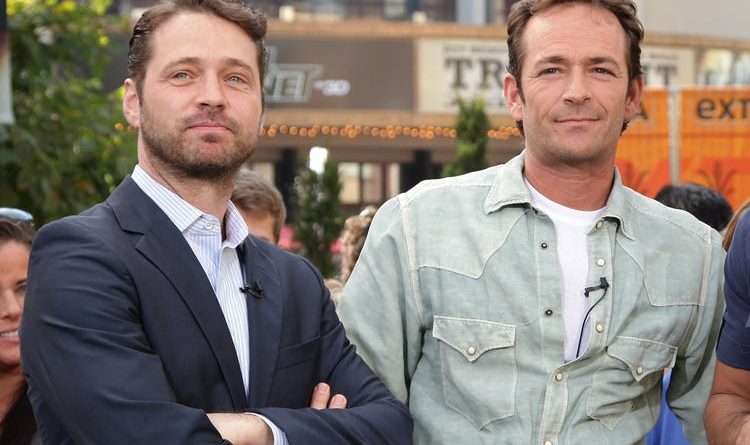 Jason Priestley Net Worth and Salary: Jason Priestley is a Canadian-American actor who has a net worth of $16 million dollars. Jason Priestley was born on August 28, 1969 in Vancouver, Canada. Priestley is probably best-known for playing the role of Brandon Walsh on the hit television series Beverly Hills, 90210, for which he received two Golden Globe nominations. He began his career in television commercials in his native Canada before moving to Los Angeles in 1987. After guest appearances on popular shows such as 21 Jump Street, MacGyver and Quantum Leap, Priestley landed a recurring role as an orphan on the short-lived sitcom Sister Kate, in 1989. It was his next acting gig with Beverly Hills, 90210 that led to a career breakthrough. During his tenure with 90210, he also appeared in several movies, including Tombstone (1993), Calendar Girl (1993) and Love and Death on Long Island (1997) with John Hurt. Priestley also tried his hand at directing, taking the reins of several episodes of 90210 and several music videos, including the one for the song The Old Apartment by the Canadian band Barenaked Ladies, in 1996. Shortly after leaving 90210 in 1998, Priestley had a big setback when he was involved in a car accident and was charged with drunk driving. He pleaded no contest to a misdemeanor drunk driving charge and was sentenced to spend five nights in a detention facility in Los Angeles and to attend a drug and alcohol abuse treatment program. Priestly went on to pursue a career in race car driving and in 2002 was seriously injured in a crash at the Kentucky Speedway in Sparta, Kentucky. After intensive treatment and physical rehabilitation, he was able to recover from his injuries, but has since retired from racing. He officially became an American citizen in 2007. Jason released an autobiography titled “Jason Priestley: A Memoir” in 2014.

Jason Priestley's net worth, salary and other interesting facts:

One of the fun things about being an actor is stepping outside yourself and outside of your own experience. It's challenging yourself to totally commit to something that in your core is so wrong. 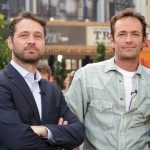 That's the power of television. You come into people's homes every week, and that creates a familiarity and a false sense of intimacy.

I love filming in Britain.

When you say '90210,' everyone knows what you're talking about. So why not make use of that? And they certainly have. I think the show looks beautiful, and all the actors are doing a great job. It's a tangled web they've created thus far. It's great.

I come from a very blue-collar family, and a very hardworking family, and I think that my work ethic is maybe the thing that kept me on the straight and narrow.